Albania is a new destination and country in the Western Balkans where you can experience adventures and cultural trips. If you think you know Albania, think again. This addictive country has a myriad faces. In the rugged north, the Alps are so fierce they're 'accursed', while the south enjoys one of Europe’s least known and most beautiful coastlines. Tirana is filled with craziness, from its traffic to its nightlife, but on its doorstep are mosques, citadels, Ottoman architecture and a stunning dose of medieval Balkans. The real surprise of Albania is the people. Their warmth to strangers is infectious and you’re bound to find yourself swapping stories over a glass of raki or three.

Numerous experiences and adventures await you! Do not hesitate to visit Albania, the newest destination in Southeastern Europe. 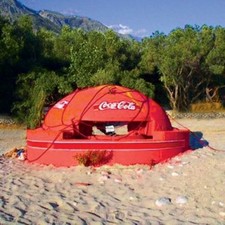 Albanian Bunker in the coast. 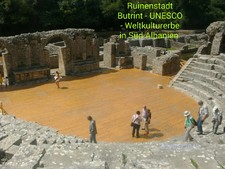 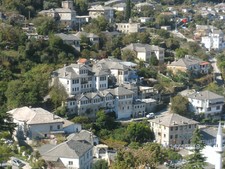 Albania – Beyond the bunkers!

Albania, located on the turquoise waters of the Adriatic Sea, at the crossroads where Greece meets the Balkans, is said to be Europe’s best-kept secret. As a tourist destination, Albania is relatively untapped, therefore it can offer countless cultural sights and photo opportunities, and the chance to genuinely escape the summer crowds of her Mediterranean neighbours.

If you look at some of the harsh stereotypes associated with certain European nations, Albanians are said to be chain smokers, who eat paprika with every meal. Indeed, history students over the years have delighted in hearing about a former ruler of Albania, the self-proclaimed King Zog, who was quite a colourful character. Having travelled around the country you will quickly learn that Albanians are highly hospitable people, who love dancing and have a huge respect for family life and traditions.

When talking about Albania, one cannot ignore the country’s turbulent history, particularly in the 20th Century. After 47 years of economic hardship under Communist rule, Albania suffered the effects of the Balkan crisis during the 1990s. Nowadays, Albania is a relatively safe travel destination for travellers, but do apply degrees of caution, such as flaunting wallets and other belongings too openly.

One of the most curious sites noticeable in Albania, are an abundance of grey, mushroom shaped buildings dotted around the landscape. During his forty year Communist rule, Enver Hoxha ordered the construction of over 700,000 of these strange looking structures, in a defence program known as “bunkerisation”. Although a lot of these legacies of a very paranoid past have now been destroyed, some have been put to good use, such as made into budget hostels. One has even been converted into a tattoo parlour!

Must see places in Albania

One of the main reasons for travelling to Albania is to experience the numerous archaeological sites and towns, which seem frozen in another historical era. As your Albanian tour guide will tell you, the country has several UNESCO World Heritage Sites, such as Butrint. This former Ancient Greek and later Roman city, was formerly known as Epirus (which means “mainland in Greek”, most likely due to the nearby coastline being studded with picturesque islands, such as Corfu). This is a breathtaking place to simply wander around the ruins, taking in the amphitheatre, the viaduct and statues, all in a wetlands setting. Do make sure you wear comfortable shoes, as there are a lot of steps to climb, plus plenty of water, as the mid-summer sun in Albania is very powerful.

If you need to cool off after sightseeing, the area surrounding Ksamil has some lovely beaches, lined with restaurants. If the main beach seems too crowded in peak season, hop on a jet ski or a pedalo to discover the rest of the area by water. Stunning water is also associated with “Syri Kalter”, which means “Blue Eye”. With a depth of 45 metres, this spring almost has a hypnotic gaze, as the water in the inner part is as dark as the pupil of an eye, whereas the surrounding outer ring is a much lighter shade of turquoise, like an iris.

Berat, located in the South, whose name means “white city”, has a long and colourful history. It was one of the most important strongholds during the Ottoman Empire, which can be seen today in the impressive 13th Century fort. Likewise Gjirokaster, whose archaeological history can be traced back to the Iron age, has a stunning fortress, with views over the plateau, as far as the mountains. The town also has some very interesting houses, with distinct grey roofs hence the nickname “City of Stone”.

No trip to Albania would be complete without viewing the historical buildings of the nation’s capital, Tirana. At the heart of the city is the Skanderbeg Square, where if you set your camera to a panorama shot, you can capture many important buildings, such as the opera house, clock tower, the mosque and the university. Ask your Tirana tour guide to give you an overview of why Albanians still regards Skanderbeg as a national hero. The Skanderbeg castle and adjoining museum are also worth a visit. Do watch out for the traffic in this area, as crossing the road can often be a rather hair raising experience.

Moving up north towards the Montenegro border is the city of Shkoder, which boasts one of the most impressive castles in Albania, Rozafa Castle, with its almost timeless river and mountain views. The lake in Shkoder is the largest in the Balkans, and is the perfect place to ride a bike, swim in the clear waters or watch fishermen.

If all the sightseeing has made you work up an appetite, take some time out to enjoy the varied Albanian cuisine. One of the most interesting things a traveller can do in any European country, whose borders have been shaped over the centuries, is to experience the history through your taste buds. Taste the Italian influence through colourful meze platters, crammed with prosciutto, stuffed peppers and vegetables seasoned with herbs, such as basil. Salute the Greek neighbours, as you enjoy the olive oil infused Tave Kosi, which is a delicious lamb based dish, served with a yogurt sauce resembling tzatziki. The heartier cuisine from the north of the country with its slightly cooler climate is based around meat, corn and a wide variety of fruit and vegetables. If you are feeling really brave, you can also try a local soup, eaten largely for breakfast, made of a sheep’s head (known as “paçe”). Albania’s national alcoholic beverage is Rakia, which is a type of brandy made out of fruit, such as cherries, mulberries or plums. If you prefer beer, why not plan your trip around the Korca Beer Festival in August, which is thought to be the biggest public celebration in Albania. This party serves approximately 14,000 pints of beer over four consecutive nights, and is accompanied by live music and of course, dancing.

Not to be missed…

Albanians are very proud of their traditions and as a tribute to this heritage, a colourful festival of Urban Folk Songs is held in March across towns and villages in Albania. Yet another important celebration of culture is the Tirana International Film festival, which has been running for over a decade each year in November. Not many people realise that Albania has its own Alps, which run from the north of the country into Kosovo and Montenegro. With its stunning peaks, passes and forests, this part of Albania is a haven for keen hikers. Lake Koman, which was created by a dam, has the appearance of Scandinavian fjords and the surrounding landscape is a lush, timeless shade of green. If you want to meet some locals, stay at local inns and guesthouses. For lovers of adrenaline sports, there is also a growing market for sports, such as canyon rafting and mountain biking.

(Jen Mullen is a seasoned traveler, having lived and worked in the UK, Germany, Switzerland, Australia and most recently South India. In her opinion, the best parts about traveling are meeting the locals, sampling as much new food as possible, and making an effort to learn new languages)